Seite 2
MKB : " In addition to being the successful editor of SAMISDAT & a freelance reporter , you publish a large number of short stories , poems & articles , as well as a few novels . How can such a busy person & such a prolific writer ...
Seite 56
WES PATTERSON Roving Reporter for E.W. News , Wes has had short stories in anthologies such as " The Stone Soldier , " an anthology of prize winning short stories , poetry in " EARTHWISE , " " AFFINITIES , " is recently contemplating ...
Seite 58
4 MEET THE POETS Conclusion LAUREL SPEER has recently published her first book of poetry , titled " A Bit of Wit , ' ( Gusto Press , ) has had more than 400 poems published in small presses nationwide , writes plays , short stories . 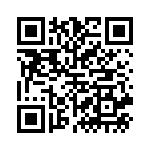