I love English syllabuses. I practically collect them. I like to analyze them and think about what the theme of that class is going to be. I like to critique their choices, I like to collect new ... Vollständige Rezension lesen

As you read the play you get the feeling that there's more to this evil Vice-like character of Richard than meets the eye. Why IS he do evil? I sure as hell don't believe it's just because of him ... Vollständige Rezension lesen

William Shakespeare (1564-1616) was an English poet and playwright widely regarded as the greatest writer of the English language, as well as one of the greatest in Western literature, and the world's pre-eminent dramatist. 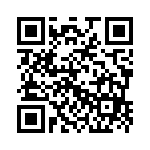