LISA PLUMMER CRAFTON is Associate Professor of English at the State University of West Georgia. She has published on William Blake and Mary Wollstonecraft. 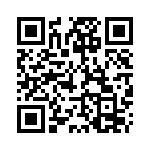