Eli Maor writes clearly, interestingly, and soberly. No dumb jokes to lighten up the subject matter! Detailed Review: Preface: The Pythagorean Theorem, why is it interesting? Just a teaser, really ... Vollständige Rezension lesen

Interesting selection of math topics surrounding "a squared plus b squared equals c squared." Not equation-phobic, nor even calculus-phobic, yet pretty undemanding. *Badly* marred by the overleaf placement of figures. Vollständige Rezension lesen

Eli Maor teaches the history of mathematics at Loyola University in Chicago. He is the author of Venus in Transit, Trigonometric Delights, e: The Story of a Number, and To Infinity and Beyond: A Cultural History of the Infinite (all Princeton). 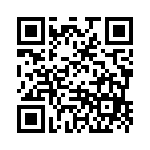