Margaret Atwood was born in Ottawa in 1939, and grew up in northern Quebec and Ontario, and later in Toronto. She has lived in numerous cities in Canada, the U.S., and Europe.

She is the author of more than forty books -- novels, short stories, poetry, literary criticism, social history, and books for children. Atwood's work is acclaimed internationally and has been published around the world. Her novels include The Handmaid's Tale and Cat's Eye -- both shortlisted for the Booker Prize; The Robber Bride, winner of the Trillium Book Award and a finalist for the Governor General's Award; Alias Grace, winner of the prestigious Giller Prize in Canada and the Premio Mondello in Italy, and a finalist for the Governor General's Award, the Booker Prize, the Orange Prize, and the International IMPAC Dublin Literary Award; The Blind Assassin, winner of the Booker Prize and a finalist for the International IMPAC Dublin Literary Award; and Oryx and Crake, a finalist for The Giller Prize, the Governor General's Award, the Orange Prize, and the Man Booker Prize. Her most recent books of fiction are The Penelopiad, The Tent, and Moral Disorder. She is the recipient of numerous honours, such as The Sunday Times Award for Literary Excellence in the U.K., the National Arts Club Medal of Honor for Literature in the U.S., Le Chevalier dans l'Ordre des Arts et des Lettres in France, and she was the first winner of the London Literary Prize. She has received honorary degrees from universities across Canada, and one from Oxford University in England.


From the Hardcover edition. 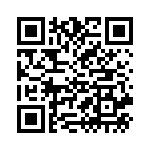