The essential collection of a fearless thinker who argued for justice and hope in an anguished century. She was a Jew born in Germany in the early twentieth century, and she studied with the greatest ... Vollständige Rezension lesen

Hannnah Arendt (1906-1975) was for many years University Professor of Political Philosophy in the Graduate Faculty of the New School for Social Research and a Visiting Fellow of the Committee on Social Thought at the University of Chicago. She is also the author of Eichmann in Jerusalem, On Revolution, and Between Past and Future (all available from Penguin Twentieth-Century Classics).

Peter Baehr teaches in the department of politics and sociology at Lingnan University in Hong Kong. 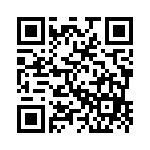