Seite 21
scribes Queen Elizabeth going to her private hand to kiss , sparkling with rings and jewels , a chapel on a Sunday morning : mark of particular favour : wherever she turned her face , as she was going along , everybody fell We were ...
Seite 23
The Queen , who liked handsome and they cover every kind of state business . The promising young men , promoted him before he Queen chose her own Ministers to carry out her was ready for responsibility , and granted him policies in ...
Seite 634
QUEEN . As kill a king ! Words without thoughts never to Heaven go . HAML , Aye , lady , ' twas my word . 30 [ Exit . ] [ Lifts up the arras and discovers POLONIUS . ] Thou wretched , rash , intruding fool , farewell ! SCENE IV . 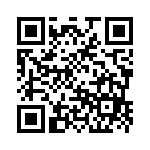