Cass R. Sunstein is Karl N. Llewellyn Distinguished Service Professor of Jurisprudence at the University of Chicago Law School and a contributing editor at The New Republic and the American Prospect. He has testified before Congress on numerous occasions and has contributed as well to such publications as the New York Times, the Los Angeles Times, and the Washington Post. His numerous books include Republic.com, Risk and Reason, Laws of Fear, and The Second Bill of Rights. He lives in Chicago, Illinois. 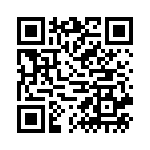