Finding the relationship between the life and the art is one of the major challenges to a biographer of Trollope. As editor of the collected works (62 volumes including 47 novels) and the letters ... Vollständige Rezension lesen

This scholarly, well-researched, well-written biography draws extensively on Trollope's autobiography as well as letters and other primary sources. It thoroughly reviews the facts of his life and his ... Vollständige Rezension lesen

About the Author:
N. John Hall is Distinguished Professor of English at Bronx Community College and the Graduate Center of the City University of New York. He is the editor of the Letters of Anthony Trollope, and author of Trollope and his Illustrators. 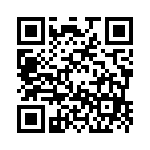