Thomas Reed Turner is chairman of the Department of History at Bridgewater State College in Massachusetts. 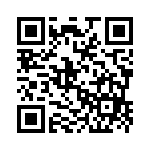