Dr. Paul Davies is Professor of Theoretical Physics, University of Newcastle-upon-Tyne, England. From 1970 to 1972, he was visiting fellow at the Institute of Astronomy, Cambridge, and from 1972 to 1980, he was lecturer in applied mathematics at King's College, University of London. He writes internationally for science magazines and journals, including Nature, New Scientist, The Economist, and The Sciences, and he frequently contributes to science broadcasts. He is the author of The Edge of Infinity, Other Worlds, The Physics of Time Asymmetry, Space and Time in the Modern Universe, The Runaway Universe, The Forces of Nature, and The Search for Gravity Waves. 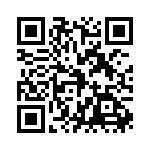