Gide, the reflective rebel against bourgeois morality and one of the most important and controversial figures in modern European literature, published his first book anonymously at the age of 18. Gide was born in Paris, the only child of a law professor and a strict Calvinist mother. As a young man, he was an ardent member of the symbolist group, but the style of his later work is more in the tradition of classicism. Much of his work is autobiographical, and the story of his youth and early adult years and the discovery of his own sexual tendencies is related in Si le grain ne meurt (If it die . . .) (1926). Corydon (1923) deals with the question of homosexuality openly. Gide's reflections on life and literature are contained in his Journals (1954), which span the years 1889--1949. He was a founder of the influential Nouvelle Revue Francaise, in which the works of many prominent modern European authors appeared, and he remained a director until 1941. He resigned when the journal passed into the hands of the collaborationists. Gide's sympathies with communism prompted him to travel to Russia, where he found the realities of Soviet life less attractive than he had imagined. His accounts of his disillusionment were published as Return from the U.S.S.R. (1937) and Afterthoughts from the U.S.S.R. (1938). Always preoccupied with freedom, a champion of the oppressed and a skeptic, he remained an incredibly youthful spirit. Gide himself classified his fiction into three categories: satirical tales with elements of farce like Les Caves du Vatican (Lafcadio's Adventures) (1914), which he termed soties; ironic stories narrated in the first person like The Immoralist (1902) and Strait Is the Gate (1909), which he called recits; and a more complex narrative related from a multifaceted point of view, which he called a roman (novel). The only example of the last category that he published was The Counterfeiters (1926). Throughout his career, Gide maintained an extensive correspondence with such noted figures as Valery, Claudel, Rilke, and others. In 1947, he received the Nobel Prize for Literature. 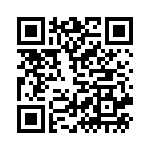