Seite 36
In the one group , sexual difference is seemingly suspended by bodies which are
known to be women ' s but which masquerade as men ' s — muscled , direct ,
tough . The women have bodies but no signs to sex them , that is , to make them ...
Seite 47
Without that artifice of fixed but veiled difference , the masculine imaginary ran
riot , revealing some images of what such a subject desires , what the law forbids
and the fetish disavows : the archaic phallic mother who , on this side of the ...
Seite 87
the Russian formalists , boredom habitualizes renewed perception , opening up
differences that make a difference , and refusing the ceaseless repetition of the
new as the always - the - same . In this regard , the relationship between
boredom ... 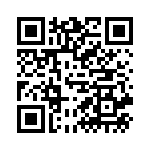