P. G. Wodehouse (1881-1975) is widely regarded as the greatest comic writer of the 20th century. Wodehouse wrote more than 70 novels and 200 short stories, creating numerous much-loved characters - the inimitable Jeeves and Wooster, Lord Emsworth and his beloved Empress of Blandings, Mr Mulliner, Ukridge, and Psmith. His humorous articles were published in more than 80 magazines, including Punch, over six decades. He was also a highly successful music lyricist, once with over five musicals running on Broadway simultaneously. P.G. Wodehouse was awarded the Mark Twain Prize for 'an outstanding and lasting contribution to the happiness of the world'. 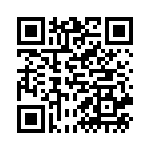