This collection of reviews and essays by Freeman Dyson is a miscellany despite the title, including anecdotes about such notaries as Oppenheimer, Teller and Feynman as well as thoughtful essays on war ... Vollständige Rezension lesen

The Scientist As Rebel is a collection of some of Freeman J. Dyson's book reviews, short essays, and speeches. While science is the main subject, Freeman is such a polymath that many other areas are ... Vollständige Rezension lesen

Freeman Dyson has spent most of his life as a professor of physics at the Institute for Advanced Study in Princeton, taking time off to advise the US government and write books for the general public. He was born in England and worked as a civilian scientist for the Royal Air Force during World War II. He came to Cornell University as a graduate student in 1947 and worked with Hans Bethe and Richard Feynman, producing a user-friendly way to calculate the behavior of atoms and radiation. He also worked on nuclear reactors, solid-state physics, ferromagnetism, astrophysics, and biology, looking for problems where elegant mathematics could be usefully applied.

Dyson’s books include Disturbing the Universe (1979), Weapons and Hope (1984), Infinite in All Directions (1988), Origins of Life (1986, second edition 1999), The Sun, the Genome and the Internet (1999), The Scientist as Rebel (2006, published by New York Review Books), and A Many-Colored Glass: Reflections on the Place of Life in the Universe (2010). New York Review Books will publish Dreams of Earth and Sky, a new collection of Dyson's essays, in April 2015. He is a fellow of the American Physical Society, a member of the National Academy of Sciences, and a fellow of the Royal Society of London. In 2000 he was awarded the Templeton Prize for Progress in Religion. 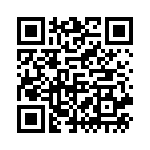