P. G. Wodehouse was born in Guildford, United Kingdom on October 15, 1881. After completing school, he spent two years as a banker at the Hong Kong and Shanghai Bank in London and then took a job as a sports reporter and columnist for the Globe newspaper. His first novel, The Pothunters, was published in 1902. He wrote over 100 novels and short story collections during his lifetime including A Perfect Uncle, Love Among the Chickens, The Swoop, P. Smith in the City, Meet Mr. Milliner, Doctor Sally, Quick Service, The Old Reliable, Uneasy Money, A Damsel in Distress, Jill the Reckless, The Adventures of Sally, A Pelican at Blandings, The Girl in Blue, and Aunts Aren't Gentlemen. His most famous characters, Bertie Wooster and his manservant, Jeeves, appeared in books such as Much Obliged, Jeeves. He also wrote lyrics for musical comedies and worked as screenwriter in Hollywood in the 1930s. In 1939, he bought a villa in Le Touquet on the coast of France. He remained there when World War II started in 1939. The following year, the Germans appropriated the villa, confiscated property, and arrested him. He was detained in various German camps for almost one year before being released in 1941. He went to Berlin and spoke of his experience in five radio talks to be broadcast to America and England. The talks themselves were completely innocuous, but he was charged with treason in England. He was cleared, but settled permanently in the United States. He became a citizen in 1955. He was made a Knight Commander of the Order of the British Empire in 1975. He died from a heart attack after a long illness on February 14, 1975 at the age of 93. 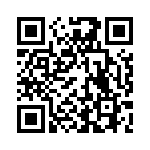