Seite 46
Four days later they were back . The baby was having choking spells , turning
blue , and scaring the bejesus out of Janice . Back in the hospital , Kay thrived .
There was no cough , no choking , no blue spells . So , I sent her home again .
Seite 144
He was awake later that afternoon and evening , tired but talking with his parents
. He seemed to have weathered the acute episode once again . It was pathetic ,
sitting around the overlarge table at this meeting a few weeks later , reading the ...
Seite 185
Perhaps later , when they were better , we'd have time for some short excursions
around the Heidelberg area before Poppa had to return to work . It turned out to
be a very relaxing vacation . Nine months later , in November of 1957 , after My ... 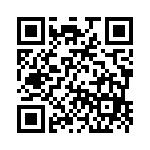