AMY H. STURGIS teaches at Belmont University. She is the author of two books in the President's Position: Debating the Issues series. 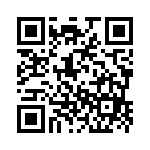