Albert Rose was a professor of Social Work and the Co-ordinator of Research, School of Social Work, University of Toronto. He is the author of Regent Park: A Study in Slum Clearance . 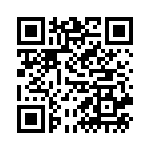