Lessing, one of the outstanding literary critics of all time, was "the first figure of European stature in modern German literature." The son of a Protestant pastor, he was educated in Meissen and at Leipzig University, then went to Berlin as a journalist in 1749. While employed as secretary to General Tauentzien (1760--65), he devoted his leisure to classical studies. This led to his critical essay Laocoon (1776), in which he attempted to clarify certain laws of aesthetic perception by comparing poetry and the visual arts. He fought always for truth and combined a penetrating intellect with shrewd common sense. He furthered the German theater through his weekly dramatic notes and theories, found mainly in the Hamburg Dramaturgy (1769), which he wrote during his connection with the Hamburg National Theater as critic and dramatist (1768--69). His plays include Miss Sara Sampson (1755), important as the first German prose tragedy of middle-class life; Minna von Barnhelm (1767), his finest comedy and the best of the era; and his noble plea for religious tolerance, Nathan the Wise (1779). 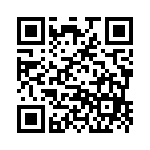