David Pownall was born in Liverpool and he is a graduate of Keele University. He was dramatist in residence with the Century and Duke's Playhouse, Lancaster and co-founder of Paines Plough Theatre Company with John Adams. His internationally-performed plays include Music to Murder By, An Audience Called Edouard, Beef, Livingstone an Sechele and Master Class. Her most recent new play was Getting the Picture at The Lyric, Belfast. Theatre awards include the John Whiting Prize for Beef, the New York Theatre Yearbook, the LS Directors' Award for Livingstone and Sechele, and many others. David Pownall won the Writers' Guild Award for Radio Drama Tennyson and Edison in 2013. He has published ten novels and a collection of short stories. 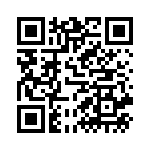