Seite 25 - Canst thou not minister to a mind diseased, Pluck from the memory a rooted sorrow, Raze out the written troubles of the brain, And with some sweet oblivious antidote Cleanse the stuff d bosom of that perilous stuff Which weighs upon the heart ? Doct.
Wird in 1125 Büchern von 1793 bis 2008 erwähnt
Seite 4 - The legitimate powers of government extend to such acts only as are injurious to others. But it does me no injury for my neighbor to say there are twenty gods, or no God. It neither picks my pocket nor breaks my leg.
Wird in 516 Büchern von 1795 bis 2008 erwähnt
Mehr
Seite 202 - An aged man is but a paltry thing, A tattered coat upon a stick, unless Soul clap its hands and sing, and louder sing For every tatter in its mortal dress...
Wird in 791 Büchern von 1912 bis 2008 erwähnt
Seite 2 - Adam's children, being not presently as soon as born under this law of reason, were not presently free; for law, in its true notion, is not so much the limitation as the direction of a free and intelligent agent to his proper interest, and prescribes no farther than is for the general good of those under that law.
Wird in 197 Büchern von 1801 bis 2008 erwähnt
Seite 75 - Society cannot exist unless a controlling power upon will and appetite be placed somewhere, and the less of it there is within the more there must be without. It is ordained in the eternal constitution of things that men of intemperate minds cannot be free. Their passions forge their fetters.
Wird in 268 Büchern von 1804 bis 2008 erwähnt
Seite 2 - Children, I confess, are not born in this full state of equality, though they are born to it. Their parents have a sort of rule and jurisdiction over them when they come into the world, and for some time after, but 'tis but a temporary one.
Wird in 80 Büchern von 1764 bis 2008 erwähnt
Seite 5 - The entire history of social improvement has been a series of transitions, by which one custom or institution after another, from being a supposed primary necessity of social existence, has passed into the rank of an universally stigmatized injustice and tyranny.
Wird in 53 Büchern von 1861 bis 2008 erwähnt
Seite 3 - And so lunatics and idiots are never set free from the government of their parents ; " children who are not as yet come unto those years whereat they may have; and innocents which are excluded by a natural defect from ever having; thirdly, madmen, which for the present cannot possibly have the use of right reason to guide themselves, have for their guide the reason that guideth other men which are tutors over them, to seek and procure their good for them.
Wird in 63 Büchern von 1807 bis 2008 erwähnt
Seite 97 - I can not find any authority in the Constitution for making the Federal Government the great almoner of public charity throughout the United States.
Wird in 93 Büchern von 1854 bis 2007 erwähnt
Seite 103 - To die, to sleep, To sleep — perchance to dream. Aye, there's the rub, For in that sleep of death what dreams may come When we have shuffled off this mortal coil Must give us pause.
Wird in 116 Büchern von 1819 bis 2007 erwähnt
Weniger

Thomas Szasz was professor of psychiatry emeritus at the State University of New York Upstate Medical University in Syracuse, New York and adjunct scholar at the Cato Institute, Washington, DC. He was a big figure in the anti-psychitary movement, a critic of the moral and scientific foundation of psychiatry, and a critic of medicine in society in the social control aspect. His numerous works include The Age of Madness, Ideology and Insanity: Essays on the Psychiatric Dehumanization of Man, and Coercion as Cure: A Critical History of Psychiatry. 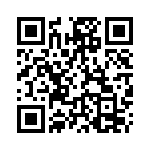