Marc Berley is adjunct associate professor of English at Barnard College, Columbia University, and president of the Foundation for Academic Standards & Tradition. He is the author of After the Heavenly Tune: English Poetry and the Aspiration to Song. 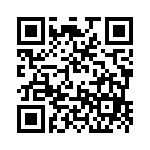