Finding areas to write about in Nautical Fiction, or Age of Sail, that are new, or have not been explored seems at first not that easy. After all, you start down this path and you see hundreds of ... Vollständige Rezension lesen

Broos Campbell is a book editor whose articles and short stories have been published in alternative newspapers and literary magazines. He's worked as a columnist and newspaper editor, and also served as a crew member of the Lady Washington, a restored tall ship. He lives in Los Angeles. 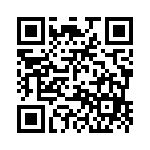