James Boswell was born in Edinburgh, Scotland, in 1740 of an old and honored family. As a young man, Boswell was ambitious to have a literary career but reluctantly obeying the wishes of his father, a Scottish Judge, he followed a career in the law. He was admitted to the Scottish bar in 1766. However, his legal practice did not prevent him from writing a series of periodical essays, The Hypochondriac (1777-83), and his Journal of a Tour of the Hebrides (1785), was an account of the journey to the outer islands of Scotland undertaken with Samuel Johnson in 1773. In addition, Boswell wrote the impulsively frank Journals, private papers lost to history until they were discovered by modern scholars and issued in a multivolume set. Known during much of his life as Corsican Boswell for his authorship of An Account of Corsica in 1768, his first considerable work, Boswell now bears a name that is synonymous with biographer. The reason rests in the achievement of his Life of Samuel Johnson published in 1791, seven years after the death of Johnson. Boswell recorded in his diary the anxiety of the long-awaited encounter with Johnson, on May 16, 1763, in the back parlor of a London bookstore, and upon their first meeting he began collecting Johnson's conversations and opinions. Johnson was a daunting subject for a biographer, in part because of his extraordinary, outsized presence and, in part because Johnson himself was a pioneer in the art of literary biography. Boswell met the challenge by taking an anecdotal, year-by-year approach to the wealth of biographical material he gathered. Boswell died in 1795. 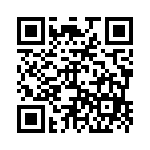