Seite 101
It has come to be thought of as a great showpiece , an opportunity for virtuosity ;
an actor coming to the role can hardly fail to remember , for instance , Hazlitt ' s
description of Edmund Kean in the death scene : ' He fought like one drunk with ...
Seite 204
This is true above all of the role of Hamlet himself . ' Hamlet ' , wrote Max
Beerbohm , is ' a hoop through which every very eminent actor must , sooner or
later , jump . ' There is no wonder that it has been such a favourite part with actors
, and ...
Seite 265
In whatever version the play is performed the role of the King is always seen as
one of the most formidable challenges open to an actor , one that can crown a
career – or undermine it , for even great actors , Kean , Irving , Charles Laughton
...

Shakespeare: a life in drama

Wells, who is director of the Shakespeare Institute in England and general editor of the "Oxford Shakespeare," shares his wealth of knowledge and experience in this study, which will appeal to anyone ... Vollständige Rezension lesen 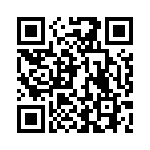