Carl Mitcham is Professor of Liberal Arts and International Studies at the Colorado School of Mines. Mitcham holds a Ph.D. in Philosophy from Fordham University. 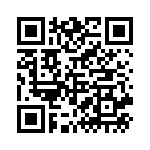