Lawrence A. Pervin is Professor of Psychology at Rutgers University. Following an undergraduate education at Brooklyn College and Queens College (City University of New York), he obtained his doctorate from Harvard University in 1962. After six years at Princeton University he went to Rutgers as an Associate Dean to help develop a new, experimental college. The author of many journal articles, including a Citation Classic, and invited book chapters, he also is the author of two leading personality texts, «MDUL»Personality: Theory and Research«MDNM» (Fifth Edition) and «MDUL»Current Controversies and Issues in Personality«MDNM» (Second Edition). Dr. Pervin has served on the editorial board of «MDUL»Psychological Review«MDNM» and the «MDUL»Journal of Personality and Social Psychology«MDNM», and is founding editor of «MDUL»Psychological Inquiry«MDNM», a new international journal of peer commentary and review. 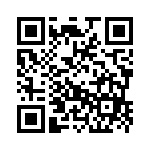