Olivier Bernier was born in the United States of French parents and was educated in Paris and at Harvard and the Institut of Fine Arts at New York University. He is the author of several critically acclaimed histories, including Fireworks at Dusk: Paris in the Thirties; Words of Fire, Deeds of Blood: The Mob, the Monarchy, and the French Revolution; and Louis XIV: A Royal Life. He has also taught art history and is widely acclaimed for his lectures at the Metropolitan Museum of Art in New York City. 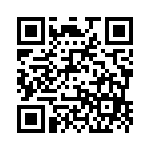