Tiffany K. Wayne, a former Affiliated Scholar of the Institute for Research on Women and Gender at Stanford University, teaches U.S. history and American women's history at Cabrillo College in Aptos, California. She is the author of Woman Thinking: Feminism and Transcendentalism in 19th-Century America (2005) and Encyclopedia of Transcendentalism (2006). 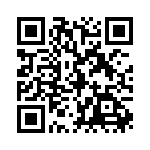