President Emeritus of Roosevelt University, Theodore L. Gross is the author or editor of fifteen books and numerous articles on literature and education. His major publications include Academic Turmoil: The Reality and Promise of Open Education, Dark Symphony: Negro Literature in America, and The Heroic Ideal in American Literature. He has served as a faculty member or administrator at the City College of New York, the Pennsylvania State University, the State University of New York at Purchase, and the University of Nancy in France. Gross served as president of Roosevelt University from 1988 to 2002. 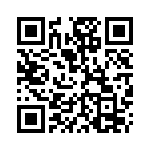