Title speaks for itself! Invaluable read for anyone wishing to research London & Parliamentarian procedures plus life in the 1700s during the Restoration. I've finished this now and it provided details I'd forgotten re Admiralty and Parliamentary procedurals: 9th July 2012 Vollständige Rezension lesen

Samuel Pepys was an English naval administrator and Member of Parliament who is now most famous for the diary he kept for a decade while still a relatively young man. By his hard work and his talent for administration, he rose to be the Chief Secretary to the Admiralty under both King Charles II and King James II. The detailed private diary Pepys kept from 1660 until 1669 was first published in the 19th century, and is one of the most important primary sources for the English Restoration period. It provides a combination of personal revelation and eyewitness accounts of great events, such as the Great Plague of London, the Second Dutch War and the Great Fire of London. Pepys's diary has become a national monument. The diary was written in one of the many standard forms of shorthand used in Pepys's time, in this case called Tachygraphy; devised by Thomas Shelton. At the end of May 1669, he reluctantly concluded that, for the sake of his eyes, he should completely stop writing and, from then on, only dictate to his clerks which meant he could no longer keep his diary. In total, Pepys wrote for approximately nine years. This collection of both personal and political accounts is an important timepiece that illustartes life in 17th Century England. When Pepys died on May 26, 1703, he had no children and left his entire estate to his nephew, John Jackson. His estate included over 3,000 volumes in his collection of books. All of these were indexed and catalogued; they form one of the most important surviving private laibraries of the 17th century. 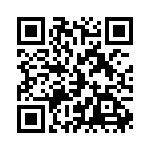