Stephen Duncombe, an Associate Professor at the Gallatin School of New York University, is the author of Dream and Notes from Underground, editor of the Cultural Resistance Reader, and coeditor (with Maxwell Tremblay) of White Riot.

Theodor Adorno was director of the Institute for Social Research at the University of Frankfurt from 1956 until his death in 1969. His works include In Search of Wagner; Aesthetic Theory; Negative Dialectics; and (with Max Horkheimer) Dialectic of Enlightenment and Towards a New Manifesto.

Jean Baudrillard (1929-2007) began teaching sociology at the Université de Paris-X in 1966. He retired from academia in 1987 to write books and travel until his death in 2007. His many works include Simulations and Simulacra, America, The Perfect Crime, The System of Objects, Passwords, The Transparency of Evil, The Spirit of Terrorism, and Fragments, among others.

Walter Benjamin was a German-Jewish Marxist literary critic, essayist, translator, and philosopher. He was at times associated with the Frankfurt School of critical theory and is the author of Illuminations, The Arcades Project, and The Origin of German Tragic Drama.

Andrew Boyd is a writer and activist living in New York. He is the author of Life''s Little Deconstruction Book: Self-Help for the Post-Hip

Bertolt Brecht (1898-1956) was a German poet, playwright, and theater director. An influential theater practitioner of the 20th century, Brecht made equally significant contributions to dramaturgy and theatrical production, the latter particularly through the seismic impact of the tours undertaken by the Berliner Ensemble--the post-war theater company operated by Brecht and his wife and long-time collaborator, the actress Helene Weigel--with its internationally acclaimed productions.

Frederick Engels was born in 1820, in the German city of Barmen. Brought up as a devout Calvinist he moved to England in 1842 to work in his father''s Manchester textile firm. After joining the fight against the counter revolution in Germany in 1848 he returned to Manchester and the family business, finally settling there in 1850. In subsequent years he provided financial support for Marx and edited the second and third volumes of Capital. He died whilst working on the fourth volume in 1895.

Christopher Hill (1912-2003) was educated at Balliol College, Oxford, and later became Master of the college. His celebrated and influential works include Intellectual Origins of the English Revolution, The World Turned Upside Down and A Turbulent, Seditious and Fractious People: John Bunyan and His Church.

A Fellow of the British Academy and the American Academy of Arts and Sciences, Eric Hobsbawm is the author of more than twenty books of history, including The Age of Revolution and The Age of Extremes. He lives in London.

Robin D.G. Kelley is Professor of American Studies and Ethnicity and History at the University of South California.

George Lipsitz is Professor of Black Studies at the University of California, San Diego. He is the author of Midnight: Life and Labor in the 1940s, Time Passages: Collective Memory and American Popular Culture, The Sidewalks of St Louis and A Life in Struggle: Ivor Perry and the Culture of Opposition, which was the winner of the Eugene M. Kayden Press Book Award and the Anisfield-Wolf Book Award in Race Relations.

Karl Marx was born in 1818, in the Rhenish city of Trier, the son of a successful lawyer. He studied law and philosophy at the universities of Bonn and Berlin, completing his doctorate in 1841. In Paris three years later, Marx was introduced to the study of political economy by a former fellow student, Frederick Engels. In 1848 they collaborated in writing The Communist Manifesto. Expelled from Prussia in the same year, Marx took up residence first in Paris and then in London where, in 1867 he published his magnum opus Capital. A co-founder of the International Workingmen''s Association in 1864, Marx died in London in 1883.

Adolph L. Reed, Jr. is a political scientist at the University of Pennsylvania. He is author of Class Notes, The Jesse Jackson Phenomenon, W. E. B. DuBois and American Political Thought, and Stirrings in the Jug. He has written articles for the Progressive, Black Agenda and many other publications. Politically active since the 1960s, he brings a wealth of experience and expertise to the debates around Barack Obama, and wider issues concerning both black and progressive politics.

Raymond Williams (1921-1988) was for many years Professor of Drama at the University of Cambridge. Among his many books are Culture and Society, Culture and Materialism, Politics and Letters, Problems in Materialism and Culture, and several novels. 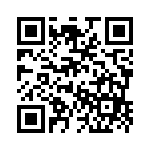