Get an almanac of the year your Grand Child was born! You will love referring to it, and reading it to them as they get older. It's a wonderful keepsake that will carry memories with them into their future. Vollstõndige Rezension lesen

I buy this World Almanac every year for my 40 year old son. After 10 years of purchases I was prepared to discontinue this as a Christmas gift. Much to my surprise, my son was disappointed in that ... Vollstõndige Rezension lesen

Sarah Janssen is the senior editor of The World Almanac« and Book of Facts. She lives in Brooklyn, NY. 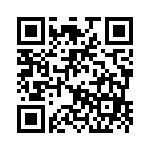