Seite 14
Archaeology , from the very nature of the subject , has not neglected evolution to
the same extent as did social anthropology and in recent years , since Childe (
1951 ) , the issue has been the centre of considerable debate , e.g. Renfrew ( ed .
) ...
Seite 29
Aristotle , Lucretius , Ibn - Khaldun , Vico , Hume , Hegel , Comte , and Marx all
developed theories of social evolution independently of any contribution from
biology , many of whose evolutionary concepts have in fact been derived from
social ...
Seite 375
All these assumptions , in one form or another , underlie the various selectionist
and adaptationist theories of social evolution which have been the major
intellectual casualties of our enquiry . While I have not denied , of course , that
adaptation ... 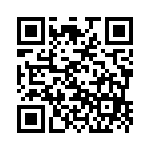