Charles Lincoln Van Doren was born in Manhattan, New York on February 12, 1926. During World War II, he served with the Army Air Forces. He received a bachelor's degree from St. John's College and a master's degree in mathematics from Columbia University in 1949. After studies at Cambridge University in England and the Sorbonne in Paris, he started teaching English at Columbia in 1955 and received a doctorate in literature there in 1959. From November 28, 1956 to March 11, 1957, he appeared on the NBC quiz show Twenty-One. He won a total of $129,000. He appeared on the cover of Time magazine and signed a $150,000 contract to appear on NBC shows for three years. As rumors and skepticism over TV quiz shows being fixed arose, he insisted that he had not taken part in any deceptions. However, on November 2, 1959, he told congressional investigators that the shows had all been fixed, that he had been given questions and answers in advance, and that he had been coached to make the performances more dramatic. He lost his job at Columbia, NBC canceled his contract, and he pleaded guilty to second-degree perjury and received a suspended sentence. He became an editor and a writer. He took a job with Encyclopaedia Britannica and eventually became a vice president in charge of the editorial department. He retired in 1982. He wrote several books including The Joy of Reading and A History of Knowledge. He died on April 9, 2019 at the age of 93. 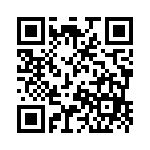