William E. Barton was a minister at the First Congregational Church of Oak Park, Illinois, who began writing on Lincoln shortly before retiring from the pulpit. In the last ten years of his life, Barton produced eight substantial studies of the sixteenth president and was credited by Benjamin P. Thomas with ushering in the "modern, thoroughgoing, . . . realistic school" of Lincoln biography.

Michael Nelson is a professor of political science at Rhodes College. 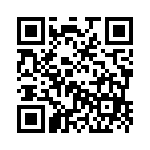