Barbara Alice Mann is a Lecturer in the English Department of the University of Toledo. She is the author of Iroquoian Women: The Gantowisas (2000) and Native Americans, Archeologists, and the Mounds (2003), editor and author of Native American Speakers of the Eastern Woodlands (Greenwood, 2001), and co-editor and main contributor of Encyclopedia of the Haudenosaunee (Iroquois Confederacy) (Greenwood, 2000). 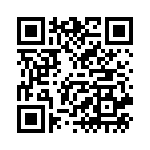