Hannah Atta Ezekiel, a Nigerian by birth, is the third child among twelve children of Mr. and Mrs. Ezekiel Owhegberu.  She finished her primary education at convent school II in warri, attended college of commerce in warri, and graduated June 1979.  Moved to Lagos State and attended Davog School of catering, and Hotel management from where she proceeded after graduation to work at the front office of Durbar hotel.

She came to the United States of America on January 28th 1986 to join her fiancée.  Hannah attended Bishop College in Dallas Texas but was unable to complete four year program because of family reason. She later attended Cedar Valley College while working to support herself and her two young children. The challenges at home from her husband, children and work without emotional and moral supports compelled her to drop out of college.

In 1997, she was ordained a minister at the Zoe ministries Holy Ghost prayer school in Dallas Texas under Pastor P.N. Anwuzia. In 1998 the family issues escalated and her husband eloped to New Jersey with another woman. However, God has been faithful. He kept and is still keeping her and her children. She is now in catering business and is known by so many as one of those serving the best in Nigerian dishes. Hannah lives in Arlington with her children Kimberly, Whitney, Tamara, and Emmanuel Ede. 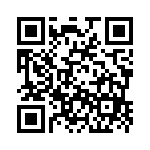