Nicholas O'Shaughnessy is Professor of Marketing and Communications at Queen Mary, University of London. 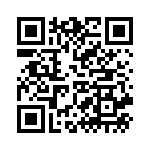