This book details the history of Hollywood in the early silent days as well as the transition to sound. Addiitonally, you got to find out what it was like to grow up in New York City in the early 19th ... Vollständige Rezension lesen

THE SHOCKING MISS PILGRIM: A Writer in Early Hollywood

A sprightly memoir by a pioneering female screenwriter. Born in 1900 to Russian radicals who had immigrated to New York City, Frederica Sagor answered an ad for story editor at Universal and by her ... Vollständige Rezension lesen 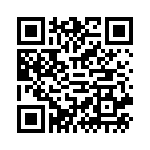