FRANK J. WILLIAMS is President of the Abraham Lincoln Association. A lawyer and Judge of Probate in Rhode Island, he is the author of numerous articles on Lincoln and is currently preparing a comprehensive bibliography on Lincoln.

WILLIAM D. PEDERSON is a Professor of Political Science at Louisiana State University in Shreveport. He has written numerous articles and edited several books, including The Rating Game in American Politics (1987) and Great Justices of the U.S. Supreme Court (1993).

VINCENT J. MARSALA is a historian and Dean at Louisiana State University in Shreveport. 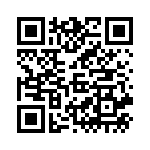