Walter Kaufmann was born in Freiburg, Germany in July 1, 1921. He arrived in the United States at the age of 17 and became a citizen in 1944. He received a B.A. degree from Williams College in 1941 and a Ph.D. from Harvard University in 1947. During World War II, he served in the United States Army from 1943-1946. He was a member of the philosophy department at Princeton University from 1947-1980. He was a philosopher, translator, poet, and photographer. His first book, a critical study of Nietzsche, was published in 1950. His other works include Critique of Religion and Philosophy, From Shakespeare to Existentialism, The Faith of a Heretic, Tragedy and Philosophy, Without Guilt and Justice, Religions in Four Dimensions, and Man's Lot. He died on September 4, 1980 at the age of 59. 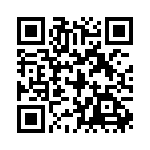