This book is essential for anyone trying to understand the federal government’s approach to slavery, both before and after the Civil War. In this detailed and masterful review of every Congressional ... Vollständige Rezension lesen

The slaveholding republic: an account of the United States government's relations to slavery

Was the Constitution, one of our nation's most revered documents, designed to provide for the protection of slavery, the country's greatest disgrace? This study, begun by Pulitzer Prize-winning author ... Vollständige Rezension lesen

The late Don E. Fehrenbacher died in 1997. He was the William Robertson Coe Professor of History and American Studies at Stanford University. His book The Dred Scott Case won the Pulitzer Prize in 1979, and he edited and completed David M. Potter's The Impending Crisis, which won the Pulitzer Prize in 1977. He was awarded the Lincoln Prize for lifetime achievement in 1997. Ward M. McAfee is Professor of History at California State University, San Bernardino. One of Fehrenbacher's former students, he has published in a variety of fields, including the Civil War and Reconstruction, world religions, and California history. He lives in Upland, California. 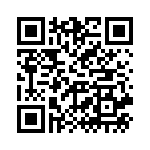