Howard Kahane, April 19, 1928 - May 2, 2001 Howard Kahane was born on April 19, 1928 in Cleveland, Ohio. He received his bachelor's degree in 1954, and hid master's in 1958 from the University of California at Los Angeles. Kahane received his Ph. D. from the University of Pennsylvania in 1962. After graduating, Kahane taught at Whitman College, the University of Kansas, American University and the University of Maryland at Baltimore. He then went on to teach philosophy at Baruch College in New York. In 1971 he published his most famous work, "Logic and Contemporary Rhetoric: The Use of Reason in Everyday Life," which has produced nine editions and is considered a handbook for philosophy teachers. In it, Kahane attempts to rid logic of its mathematical approach and make it a tool for assessing truthfulness. Howard Kahane died on May 2, 2001 in Mill Valley California after a heart attack. He was 73. 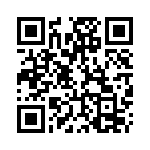