Ripe with melodrama and purple prose, this ripping horror classic from Marsh, first published in 1897, epitomizes the style of the Victorian penny dreadful. Four sections, each narrated by a different ... Vollständige Rezension lesen

Julian Wolfreys is a Professor of English at the University of Florida, Gainsville. 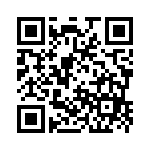