Review: Franklin: The Autobiography And Other Writings On Politics, Economics, And Virtue

Am I the only one who has a hard time enjoying listening to someone who clearly loves himself so dearly go on and on and on about himself? I mean, he wrote like 46 autobiographies. Sure he may have been a genius, but I'd just as soon other people tell me about it. Vollständige Rezension lesen

One of 17 children, Benjamin Franklin was born in Boston on January 17, 1706. He ended his formal education at the age of 10 and began working as an apprentice at a newspaper. Running away to Philadelphia at 17, he worked for a printer, later opening his own print shop. Franklin was a man of many talents and interests. As a writer, he published a colonial newspaper and the well-known Poor Richard's Almanack, which contains his famous maxims. He authored many political and economic works, such as The Way To Wealth and Journal of the Negotiations for Peace. He is responsible for many inventions, including the Franklin stove and bifocal eyeglasses. He conducted scientific experiments, proving in one of his most famous ones that lightning and electricity were the same. As a politically active citizen, he helped draft the Declaration of Independence and lobbied for the adoption of the U.S. Constitution. He also served as ambassador to France. He died in April of 1790 at the age of 84.

Alan Houston teaches in the department of political science at the University of California, San Diego. 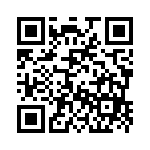