Seite 44
Determinations. heading is in addition to any other transfer authority provided
elsewhere in this Act. ENVIRONMENTAL RESTORATION, NAVY (INCLUDING
TRANSFER OF FUNDS) For the Department of the Navy, $304,867,000, to
remain ...
Seite 81
(INCLUDING TRANSFER OF FUNDS) SEC. 8105. Of the funds appropriated in
this Act for the Office of the Director of National Intelligence, $50,000,000, may be
transferred to appropriations available to the Central Intelligence Agency, the ...
Seite 824
(INCLUDING TRANSFER OF FUNDS) SEC. 8073. Of the amounts appropriated
in this Act under the heading “Shipbuilding and Conversion, Navy”, $73,992,000
shall be available until September 30, 2012, to fund prior year shipbuilding cost ... 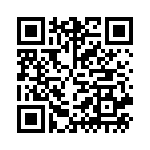