Seite 31
Thomas More's death was shock to England and th civilized world . He and his friend , Desiderius Erasmus , were the founders of the English Renaissance . More was an outstanding scholar , and he had a following on the continent .
Seite 107
Finally , there is John as Thomas thinks he is . The same is true for Thomas . This is truth in a capsule . Objectivity is hard to establish simply because ever yone involved has his individual attitude to the object , and this differs ...
Seite 191
Tolstoy , Leo , War And Peace , translated by Constance Garnett , Thomas Crowell , N . Y . 12 . Tennyson , Ulysses , PB , p . 231 . 13 . This is an excerpt from the decision of Judge John M . Wolsey allowing the importing of Ulysses ... 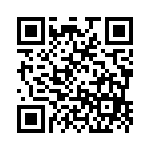