James W. Tollefson was a conscientious objector during the Vietnam War. He is a professor of English at the University of Washington in Seattle, Washington. 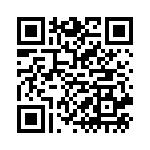